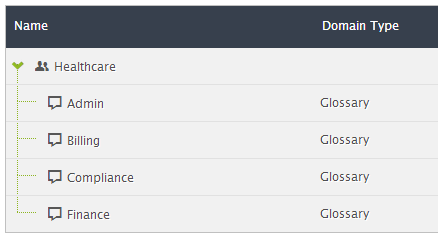 In this example, note that the terms are located in four separate glossaries. Each glossary is located in a separate domain. In this tutorial we do the import  of this spreadsheet with two passes. The first import should include Name, Definition, and Domain. 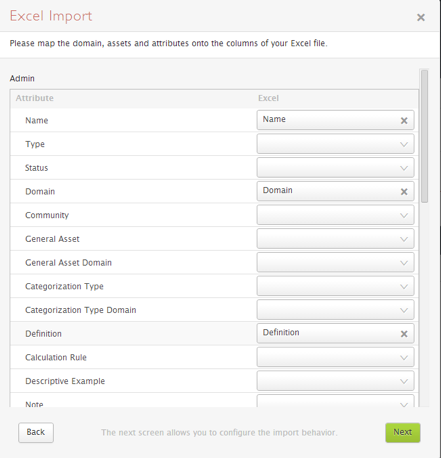 In this example, the domain of the terms in conveniently located on the same table. 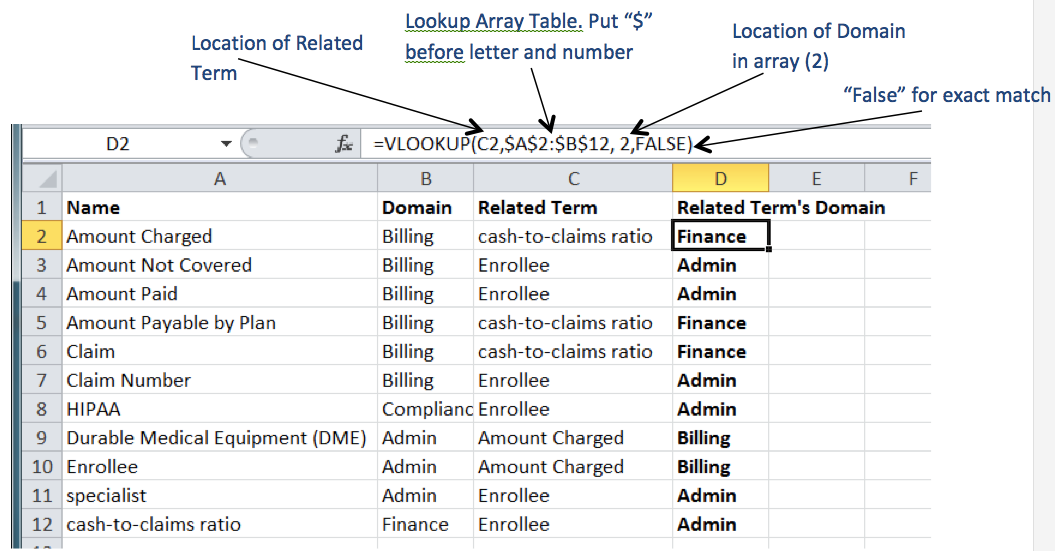 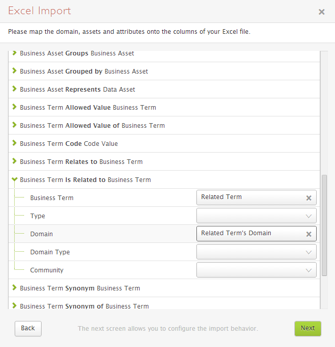 This second import results in the following: